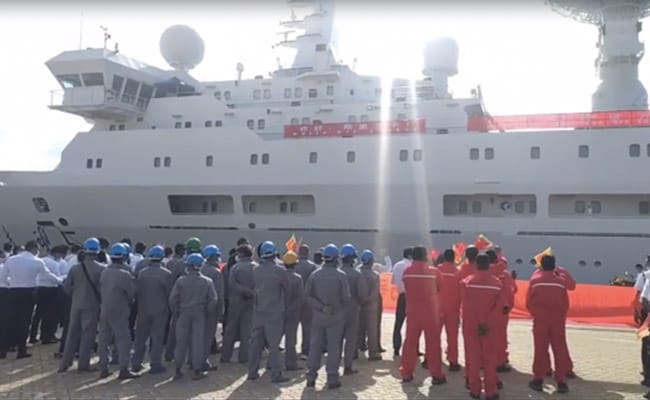 New Delhi:
Amid India’s security concerns and some back and forth, a Chinese vessel finally docked at the Sri Lankan port of Hambantota today. Sri Lanka had previously asked China to postpone the visit. But where do India’s worries about the ship come from?