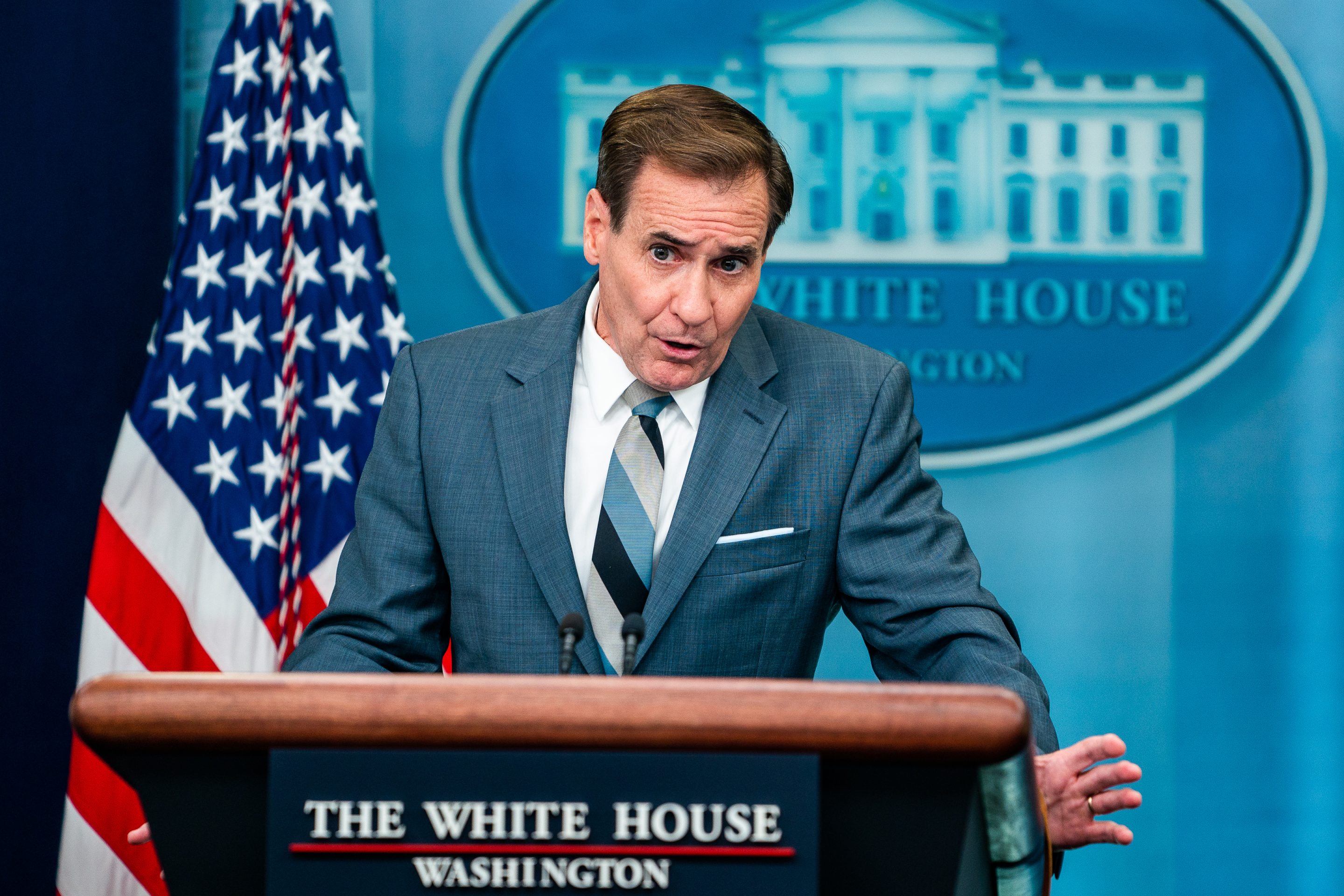 The White House accused Saudi Arabia of coercing other OPEC+ countries to agree to major oil production cuts last week, escalating a dispute with Riyadh over the move.

US authorities have asked the kingdom for a pause, which could delay the expected price hike until after the November congressional elections.

National Security Council spokesman John Kirby said in a statement on Thursday that the administration had provided Saudi Arabia with an analysis that showed “no market basis” for the production cuts.

The Saudi government suggested on Wednesday that the US had sought a one-month delay in the decision, meaning no output cuts until after the US midterm elections in November would decide the right control the House of Representatives and the Senate. Kirby confirmed the US had sought a delay.

“We have presented Saudi Arabia with our analysis to show that there is no market basis for a production target cut and they can easily wait for the next OPEC meeting to see everything,” he said. how it develops”. Oil producers are expected to meet in December.

President Joe Biden and top US officials have expressed outrage at the OPEC+ alliance’s decision to cut oil production by 2 million barrels per day, saying it will help maintain revenue for Russia to support for the invasion of Ukraine. Some Democrats also questioned the timing, suggesting that Saudi Arabia sought to raise US gasoline prices ahead of the midterm term to hurt their party’s prospects.

Biden’s top economic adviser, Brian Deese, denied that US efforts to get Saudi Arabia to stop cutting production were guided by political considerations.

“What I am telling you is that our strategy has always been based on assessing the economics of the situation and what is prudent for the global economy, for the US economy and for American families. ,” Deese said Thursday in an interview with Bloomberg Television.

Kirby’s statement follows a statement by the Saudi government on Wednesday that rejected US criticism and said the production cuts were based solely on the kingdom’s “lofty goal” to avoid market volatility. oil.

Biden said this week his administration will conduct a comprehensive review of the relationship with Saudi Arabia. There is no timetable for completing the review, and lawmakers, administration officials and national security experts are divided. How to impose consequences? on the kingdom.

“The Saudi Ministry of Foreign Affairs may try to turn it around or deflect it, but the reality is very simple,” Kirby said. “In recent weeks, Saudi Arabia has communicated to us – privately and publicly – their intention to reduce oil production, which they know will increase Russian revenue and reduce efficiency.” of sanctions.”

The exchange of statements was a stark display of the relationship developed between the US and Saudi governments just three months after Biden arrived in the kingdom in an attempt to thaw ties with Saudi Arabia. Saudi Crown Prince Mohammed bin Salman, whose country he once vowed to be a “Pariah” over its human rights abuses.

The controversy could affect a debate expected in Congress after the November elections on whether to strip OPEC+ nations of immunity from antitrust lawsuits or cut arms sales to Saudi Arabia, a longtime US defense partner.

Democratic Representative Tom Malinowski of New Jersey said he and other supporters of the bill removing US troops and missile defense systems from Saudi Arabia would try to include it in the annual defense policy bill. , must pass.

“It would be wise for Saudi Arabia and the UAE to address our concerns before the defense bill is decided,” Malinowski said in an interview.

Statement from Saudi Arabia’s Ministry of Foreign Affairs, the government’s first official response to US outrage over OPEC+’s October 5 decision, denies its intention to help Russia. It cited its vote for UN resolutions condemning the invasion. That included a surprise “yes” vote on Wednesday in favor of a General Assembly resolution opposing Russia’s annexation of four regions in eastern Ukraine.

“It’s certainly a welcome vote,” Kirby told reporters late Thursday. “Regardless of yesterday’s vote, the country that benefits the most from this 2 million-barrel cut is Russia.”

The Saudi statement also downplayed the kingdom’s central role in the cuts and described the move as unanimous among cartel states. It implied, but did not specify, that the United States requested a one-month delay before cutting production.

“The UK Government has made it clear through ongoing consultation with the US Administration that all economic analysis indicates that a one-month delay in the OPEC+ decision, in accordance with what has been proposed, will cause negative economic consequences,” the statement of the Ministry of Foreign Affairs said.

Kirby declined to identify which OPEC countries it said felt coerced, but said they have more than one member. He took the decision to cut production to Saudi Arabia.

He told reporters: “It would be irresponsible for us if we did not think about the leadership of OPEC+, they are the president. “It’s as a host, leading this decision and swinging their arms around to get the decision they want.” Poland says Oder tests so far have not shown poison to be the cause of the mass fish deaths.