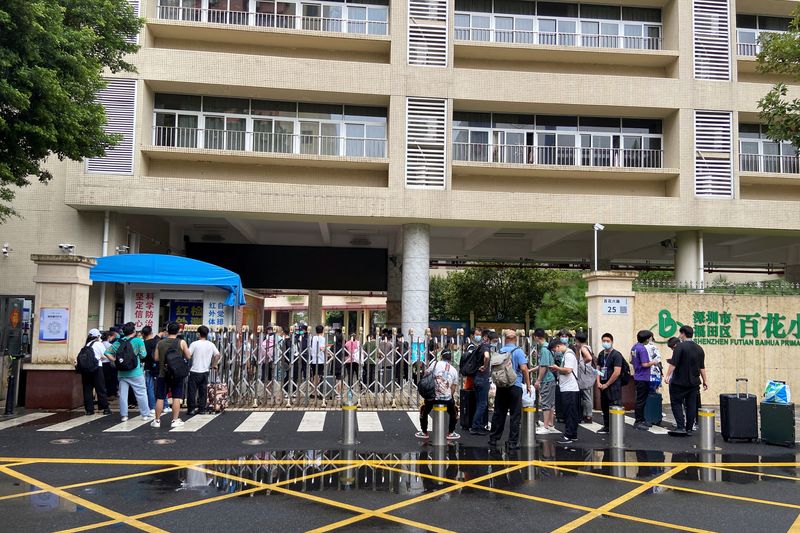 At least half of Shenzhen’s ten districts, home to more than 13 million residents, have now ordered mass closures of entertainment venues and temporary or reduced restaurant dining.

Education authorities have postponed the start of the new semester, which was mainly scheduled to begin on Thursday.

Officials urged residents not to leave the city unless there are urgent matters in a statement released late Wednesday.

It did not specify how officials would warn of the new requirement, but asked the government, Communist Party administrations and state-owned companies to ensure their employees do not make unnecessary trips out. extramural.

Residents who must leave must present proof of two negative tests within 48 hours, according to the statement.

Authorities have traced a string of cases to a discotheque in the city’s central business district, Futian, and are urging visitors who have recently been there to report themselves to local health authorities.

The world’s largest electronics market in Huaqiangbei remained closed after the government shutdown on Monday.

Should BTS members be exempt from military service? Korea can ask openly - National

U.S. life expectancy falls by nearly a year in 2021