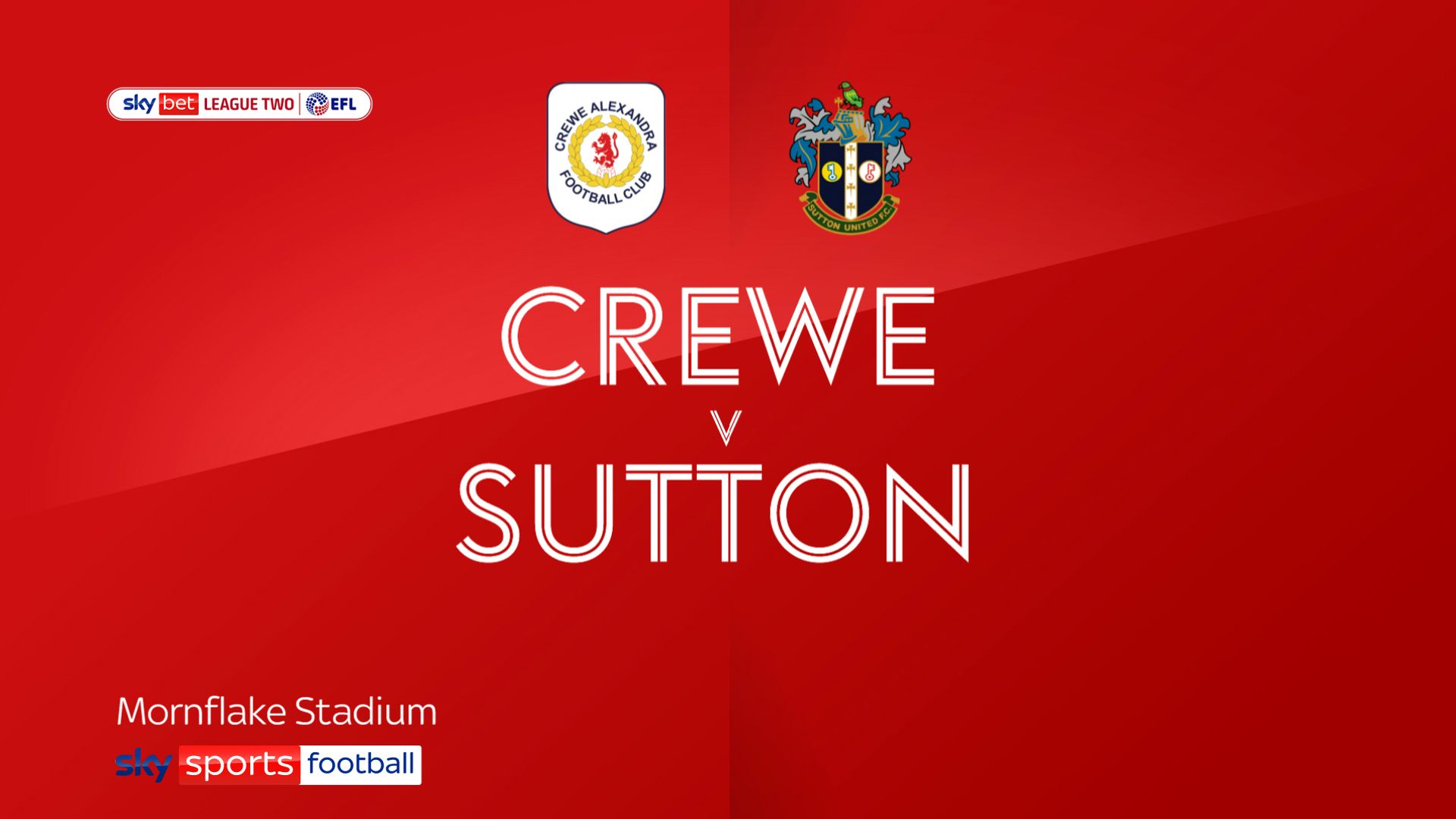 An early Courtney Baker-Richardson strike helped Crewe beat Sutton 1-0 in League Two to claim a third win for the Railwaymen in their opening four games.

Baker-Richardson, starting his first tournament since joining the Cheshire outfit in the summer, made the most of some good work from Dan Agyei down to the left, sliding too low on a low cross. of the attacker and sent the ball home from close range in the 12th Minute.

Earlier, Harry Beautyman was unable to make the most of a confusing pass from the Crewe defense and when the ball fell beautifully in front of midfielder Sutton’s goal, he shot over the bar.

Agyei also set up Lachlan Brook for another fine serve, but this time Rob Milsom cleverly thwarted an effort by on-loan winger Brentford.

Sutton presented a physical threat as they advanced and they almost made the most of some indecisive defense with Kwame Thomas forcing Arthur Okonkwo to handle a mistake as the Crewe keeper came out. Beautyman picked up a loose ball and fired a shot from 20 yards over the crossbar.

Agyei was a strong threat to Crewe and – after half-time – the former Oxford man forced Sutton goalkeeper Jack Rose to overturn after a slamming driving hit.

The visitors continued to pose a threat and Okonkwo blocked a powerful cross from Joe Kizzi, who also headed late from the front of the goal. Report: Tom Brady could return to Buccaneers in 2023