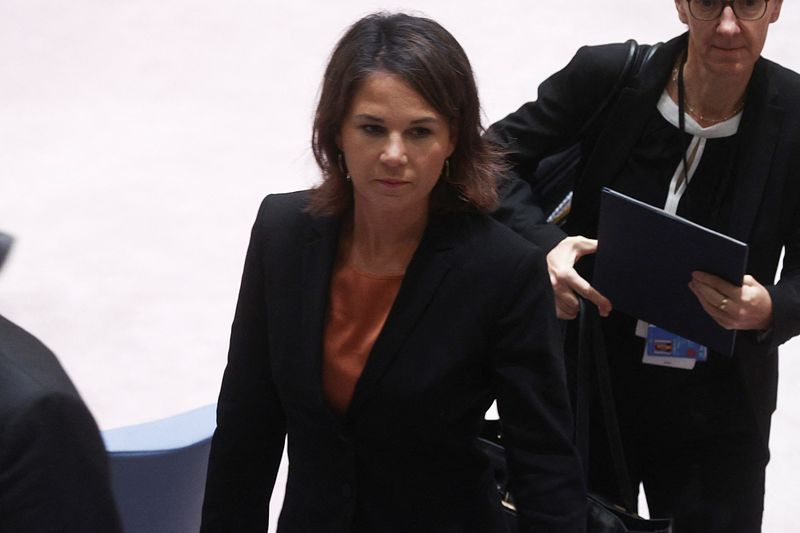 BERLIN (Reuters) – Germany will ensure the European Union freezes the assets of those responsible for a violent crackdown on anti-government protests in Iran and bans them from joining the bloc, Foreign Minister Annalena Baerbock told a German newspaper Sunday.

Proponents of the sanctions are aiming for EU foreign ministers to decide on them at their meeting on October 17, without objections from the bloc’s members.

The protests, which initially focused on women’s rights, have become the biggest protest against the Iranian government in years, with many calling for an end to more than four decades of clerical rule Islamic.

On Saturday, female students in Tehran chanted “get lost” as Iranian President Ebrahim Raisi visited their university campus on Saturday and condemned protesters outraged by the death of a woman. young women in custody, social media video shows.

Baerbock told Bild am Sonntag newspaper: “Those who beat women and girls in the streets, kidnap, arbitrarily jail and put to death those who want nothing more than to live in freedom – they stand on the wrong side of history.

“To the people in Iran, we say: we are on your side and will continue to do so,” she said.

Baerbock, who has vowed to pursue a feminist foreign policy, has faced criticism at home for his muted initial response to the protests.

20 foods you should avoid if you have high blood pressure

OPEC + may have to increase oil production so that the market does not overheat, Kazakhstan says According to Reuters