Kim Kardashian’s platinum hair is a bit shorter and her style has a ’60s vibe. The reality TV star will be in Milan ahead of tomorrow’s Dolce & Gabbana show, and the hunters. The photo captured her wearing a jewel-encrusted frock when she arrived at the designer’s office yesterday and in a white mini dress today. Kardashian’s once silky long platinum hair is curled and medium length in a subtle hairstyle change. 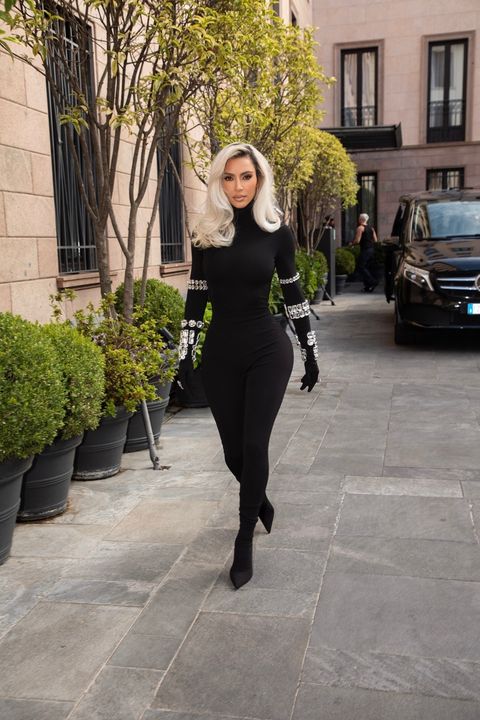 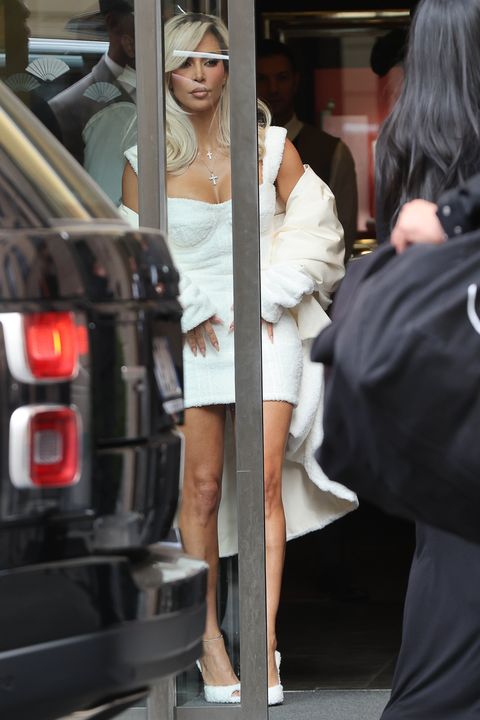 Kardashian talked to Interview magazine earlier this month about her blonde hair (only temporary), her style and what she considers her talents.

“I’m keeping it a little bit,” she revealed. “I feel like in the fall I’m going to go dark, just because I don’t want to damage my hair. But, I think blondes have more fun. I just feel different.”

With the clothes she’s wearing now, “I trust myself, I know what looks good, and I know what makes me feel really uncomfortable,” she says. “But, every once in a while, someone will say, ‘Trust me. Looks good.’ Sometimes it does, and sometimes it doesn’t, and you just have to roll with it. It’s not that serious. I care a lot, but I can’t let it consume me either. Sometimes there are bad angles, bad lighting. You can’t control it all”.

On her talent – and she jokes that she has none, Kardashian explained, “I think it comes from people saying, ‘What are you famous for?’ And I said, ‘Well, we have a TV show.’ But just because we don’t sing, dance, and act on the show doesn’t mean the popularity doesn’t come from there. But then I’ll write that as a hashtag, not bad for a girl with no talent, because people used to say, ‘Well, what do you do? What is your talent? ‘ And I was like, ‘I didn’t know I needed one.’ I mean, I can give you a million damn talents. I can cook well, use my toes for anything. I can tell you the weirdest story on the planet. But I think my talent is in the marketing and the business behind selling the product, and knowing what the customer wants and making them feel achievable, but at the same time a little hard to achieve. I wouldn’t say it’s a talent. I think it’s a bit of magic and business savvy. Maybe it’s talent, I don’t know.” You can read her entire interview here.

What small wins can Vandy get against No. 2 Alabama? My favorite women over 50 Holiday sequins outfits and accessories Difference between British and American style