A police officer who shot dead an unarmed black man in south London has been suspended.

Chris Kaba, 24 years old, were killed Last Monday after a chase on Streatham Hill. A single shot was fired after officers with guns deliberately rammed his car to stop it.

The Metropolitan Police said officers pursued the vehicle after a license plate recognition camera showed it was involved in a gun crime.

Mr. Kaba, a rapper, died in the hospital and had protested about killing himincluding one on the weekend in which hundreds marched to parliament.

The Independent Office of Police Conduct, the police’s watchdog, has begun a murder investigation.

Assistant Commissioner Amanda Pearson said the officer was suspended after considering factors such as the “significant impact on public confidence” and the investigation.

“Our thoughts and sympathies remain with Mr. Kaba’s family and friends,” she said.

“We understand how concerned the community is, especially the black community, and thank those who are working closely with our local officers.”

Ms Pearson said the decision to suspend the employee would not determine the outcome of the regulator’s investigation.

Sadiq Khan, the mayor of London, said he welcomed the decision and was “in regular contact with the IOPC and the new Met Commissioner”. 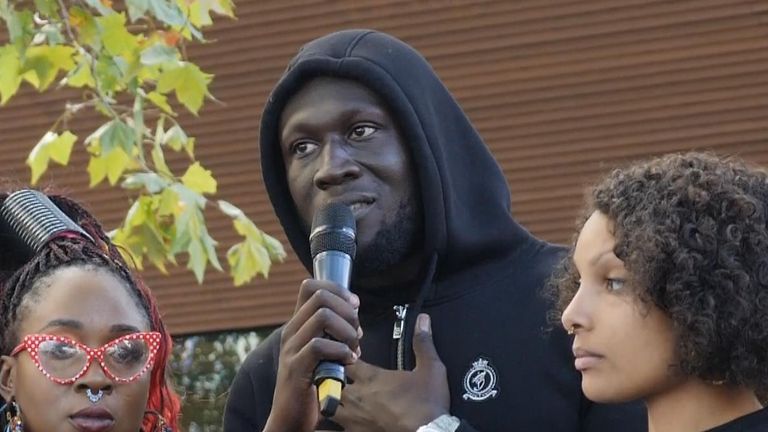 Mr. Kaba is about to become a father, his fiancée’s mother said last week.

A 39-year-old man who lives near the scene of the shooting and asked to remain anonymous said a police car had crashed into Mr. Kaba’s car.

“Another police car sped up behind him and they locked him up at the bottom of Kirkstall Gardens,” he said.

“The car was motionless when he was shot.”

Another witness told the Evening Standard that Mr Kaba was driving an Audi and trying to overtake the police car.

Anyone with information is asked to contact the IOPC by calling 0300 303 0779 or by emailing Wit@policeconduct.gov.uk referring to “Streatham Hill”.

Bank notes, coins, stamps and more: How will these change?