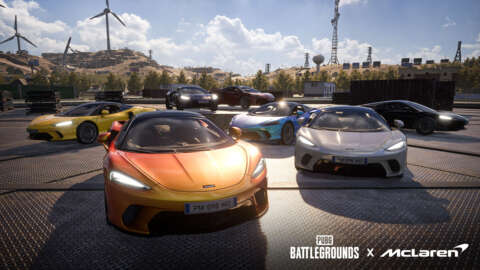 Krafton has teamed up with British car manufacturer McLaren Automotive to bring the McLaren GT to PUBG just in time for update 19.2. In addition to the new car skins, update 19.2 will also bring new content to the game, including a new weather system in Deston, new vehicles, and more.

PC players will have access to the skins of the McLaren GT car from September 7 to November 2, while console players will be able to get the skins from September 15 to November 10 to celebrate To celebrate the partnership, players can get the McLaren GT Standard-Onyx Black, featuring skins, skins, gear, emojis and more from McLaren Loot Caches in the game. They will then be able to equip the car with McLaren Skins through the new vehicle interaction feature.

Players will be able to create the following skin workshops using McLaren tokens:

They will also have the opportunity to build their own McLaren car. Here are some customizations players can make in the workshop:

Anyone purchasing any of the McLaren skins can open a special car case that will have a driveable McLaren in the lobby before the game. Containers and McLaren cars will be removed from the match as soon as the match begins.

The Unfriendly Neighborhood Food Truck will be a new vehicle for players in Deston. The new vehicle can accommodate up to four people and has a large, vertical window on one side of the vehicle. There’s also a new weather system coming to Deston, which will make both lighting and weather more realistic throughout the game.

Update 19.2 will have new animations to make the game run more smoothly. Finally, players will be able to use Heavy Stock, which provides less recoil but slows ADS time as part of update 19.2.

For more PUBG news, be sure to check out these stories:

How talking to your plants can improve your happiness