The Archbishop of Canterbury told those attending the Queen’s state funeral that the feeling of grief around the world arose from “the rich life and loving service of the monarch, now retired. no more”.

In his lecture, Justin Welby talked about how Queen pledged on his 21st birthday to spend a lifetime serving the UK and the Commonwealth: “Rarely have a promise been kept so well.”

Addressing 2,000 people inside Westminster Abbey and millions around the world, the archbishop said “few leaders have received the overwhelming love we’ve ever seen” in Queen Elizabeth’s life. II.

Bishop Welby prays for the royal family – grieving like so many other families have lost loved ones recently – but in this case, “does so in the brightest spotlight”.

The pattern for many leaders is to be glorified in life and forgotten after death. The pattern for all who serve God – famous or unknown, respected or ignored – is that death is the door to glory.

Her Queen Mother famously announced on a 21st birthday broadcast that she would devote her whole life to serving the Nation and the Commonwealth.

Few promises are kept so well! Few leaders receive the fullness of love we’ve ever seen.

Jesus – who in our reading is not telling his disciples how to do it, but himself – said: “I am the way, and the truth, and the life”. The late Empress’s example was not due to her status or ambition, but through the person she followed. I know Your Majesty has the same faith and hope in Jesus Christ as your mother; with the same sense of service and duty.

In 1953, the Queen began her Coronation with silent prayer, right at the High Altar. Her allegiance to God was given before any one was loyal to her. Her service to so many people in this country, the Commonwealth and the world is grounded in her following Christ – God himself – who said he “did not come to be served but to serve.” is to serve and give his life as a ransom for many”.

Loving servants are rare in any walk of life. Loving service leaders are still rarer. But in any case, those who serve will be loved and remembered as those who cling to power and privilege are forgotten. 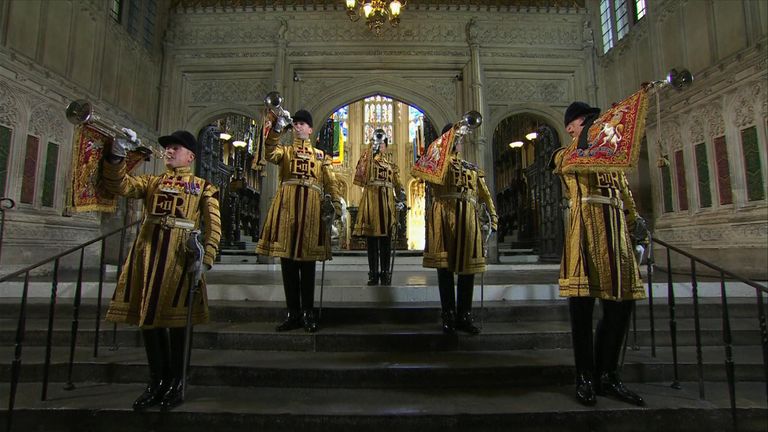 The last song played at the Queen’s funeral

The pain of this day – felt not only by the late Queen’s family but across the nation, the Commonwealth and the world – was felt by her – born of her abundant life and loving service, has now disappeared from us.

She rejoices, is present to so many people, touches countless lives.

Our thoughts and prayers are with all of her family, grieving like any family at the funeral – including so many families around the world who recently lost someone – but in this family’s case , do it in the brightest focus.

May God heal their sadness, and may the remaining space in their lives be filled with memories of joy and life.

Her Late Majesty’s broadcast during the COVID lockdown ended with: “We’ll see each other again,” hopeful lyrics from a song by Vera Lynn. Christian hope means a certain expectation of something unseen.

Christ rose from the dead and gave life to all, life in abundance now and life with God in eternity. As the Christmas carol says, “where the meek souls will receive him, the dear Christ will still enter”.

We will all face God’s merciful judgment: we can all share the Queen’s hope that in life and death inspired leadership. her servant.

Service in life, hope in death. All who follow the Queen’s example, and the inspiration of trust and faith in God, can join her in saying, “We will meet again.”

Harper's 'Industry' Backstory, Relationship with Eric and Her Brother, and Inspirations