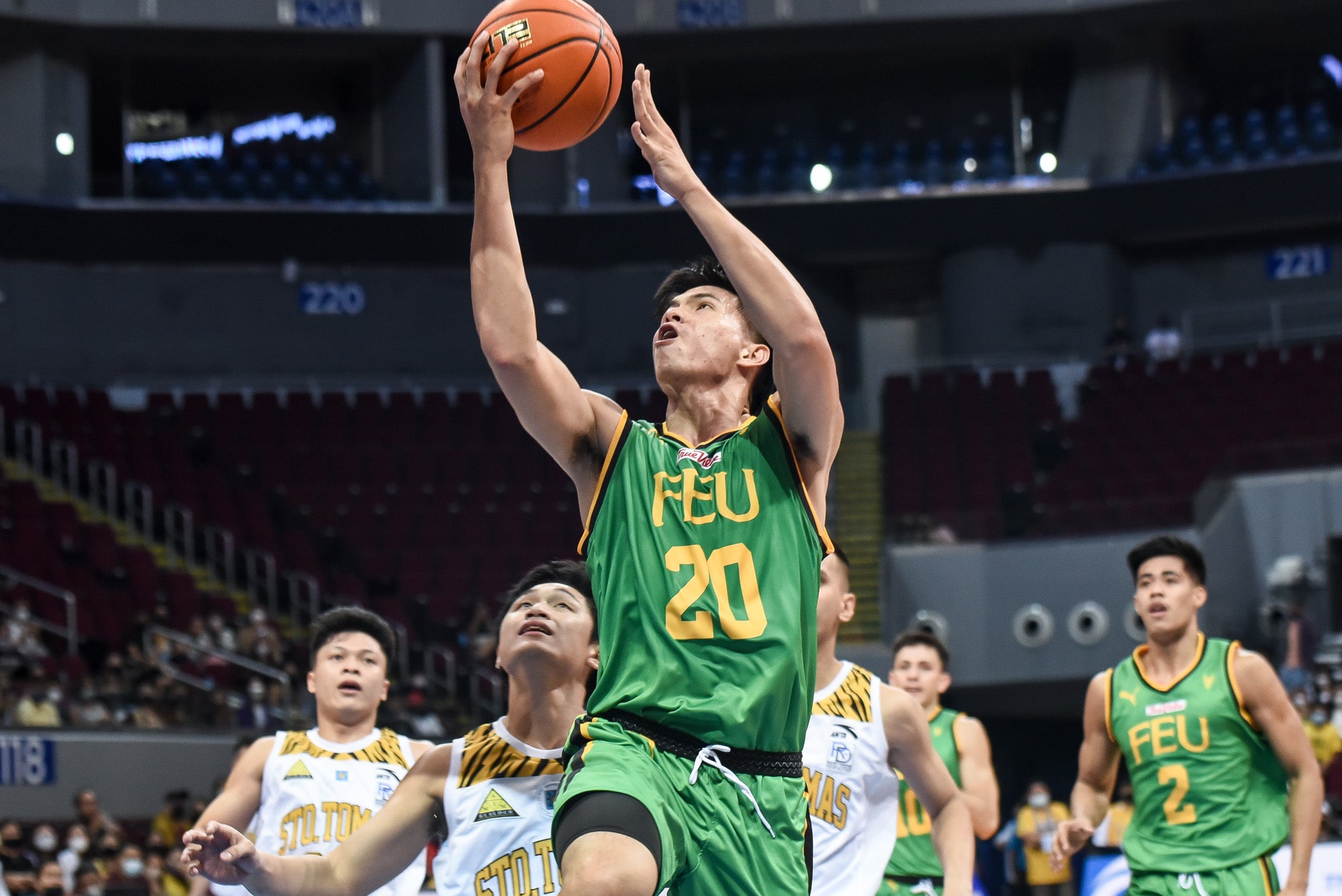 MANILA, Philippines — Oriental University supporters have come in large numbers expecting a big celebration and getting what they came for.

Bryan Sajonia brought that glimmer of hope back and energized the Tamaraws in their breakout win over the University of Santo Tomas, 75-60, on Wednesday night at the UAAP Season 85 men’s basketball tournament.

“We really appreciate the support of the FEU community. It made the difference,” Sajonia said after counting the career-high 23 points that helped the Tamaraws finally enter the winning column.

So did Ly Gonzales and Xyrus Torres, both bringing in 17 points for Tamaraws, who built a 17-point cushion to a comfortable lead that they never gave up.

Gonzales also had five rebounds, four assists and one steal while Torres also won three pounds and a dime.

“The support of the FEU crowd was unbelievable even when we started 0-5. It’s nice to get the first win,” said FEU coach Olsen Racela.

“The good thing about this win is that everyone showed up and played. It was a collective effort unlike our previous matches. The loss brought our morale down, hopefully this win will help us build our confidence,” said Racela.

Nic Cabanero was the only bright spot for the Roaring Tigers with 20 points as they fiercely hunted the Tamaraws until the end result was fruitless.

UST dropped out for the fifth time in six games, tying the FEU at the bottom of the standings in the process with a record 1-5. –With a report from Lance Agcaoili

The Sims 4 update will turn babies into real people, not objects