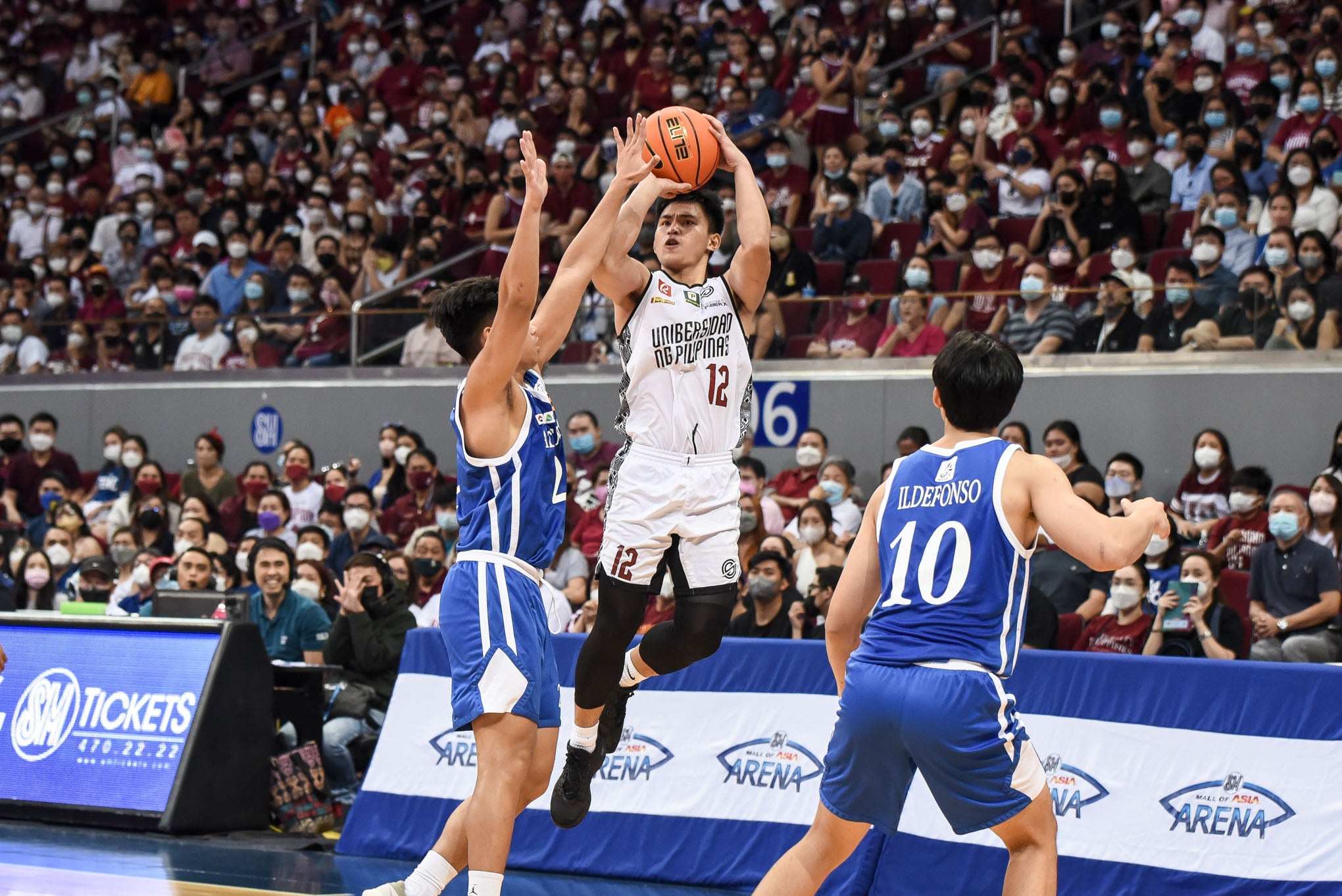 UP guard JD Cagulangan makes a three-pointer shot against Ateneo during the UAAP Season 85 men’s basketball tournament at the Mall of Asia Arena. UAAP PHOTO

JD Cagulangan always feels a different fire in him whenever the University of the Philippines (UP) plays Ateneo.

“It was really different when we played Ateneo. With the crowd cheering for both teams, it felt similar to playing in the final,” Cagulangan said after helping the Maroons shoot down the Blue Eagles in extra time, 76-71, during the UAAP men’s basketball tournament. the previous Sunday night. More than 12,000 souls are cheering at the Mall of Asia Arena.

He also had a different feeling each time their Eagle mastery was expanded.

Cagulangan, the three-time cold-blooded executioner who ended Ateneo’s reign last season, is far from 100% in this latest installment of the classic showdown, but he’s secured the jobs. in his play brought the Maroons to a 4-1 record, tied for a partial lead with National University.

“You are really going to give everything you have against Ateneo. It’s all about playing with a big heart,” said Cagulangan, who played two-three with a finish in a four-point match to finish with seven points.

Carl Tamayo also proved his worth in another player after scoring six of the game’s top 20 points in extra time, including a three-point play triggered by Ange Kouame’s goal to put Fighting. The Maroons led five in the final two minutes.

“I am relieved that today we played better as a team. We were actually tested, but the good thing about it was that we were together as a team at both ends,” said UP coach Goldwyn Monteverde.

Forthsky Padrigao pulled the Eagles in the second round with a treble that bounced off the rim before plunging in, before Tamayo and Malick Diouf cemented UP’s win with prize money.

“I am very grateful for the trust of my teammates. They tried to serve me and push me to take those shots even though I struggled early on,” Tamayo said after the Maroons repeated the match against the Eagles in their championship replay.

Dave Ildefonso had 22 points and 12 rebounds, but his three jabs in the dying seconds didn’t help them.

It was the Maroons’ third overtime win against the Eagles, who went down 3-2 in draws with La Salle and the University of the East (UE).

Two of those scary afterschool horror movies made it to the Finals last year.

“Ultimately UP was disciplined. We made a few silly turns, we had a few assets to really win the game and we didn’t,” said Ateneo coach Tab Baldwin. “And those are things that championship teams don’t do, so it needs to be fixed.”

In the other game, University of the East beat dizzy in the third round and knocked out Adama Faye to topple the University of Santo Tomas (UST), 78-68.

Luis Villegas had 17 points and 13 rebounds in a breakthrough performance, but it was the necessary spark from Frederic Antiporda in the third round that helped the Red Warriors win a second straight.

“I am grateful to my teammates. They have been patient with me. I just let the game go and it went well,” Villegas said after the Warriors advanced to fourth with 3-2 La Salle Green Archers.

After swinging a pair of triplets, Antiporda’s long jump widened the distance the Warriors defended against Faye complicating matters further for the Roaring Tigers.

Faye elbowed Harvey Pagsanjan in the head in a rebound, prompting the umpires to hurl UST giants off the field at the end of the third half with UE leading six.