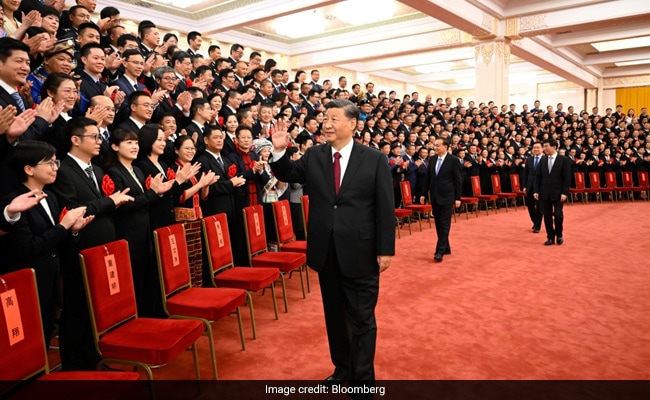 Putin aims to use talks with Xi to further expand trade with China.

In the nearly 1,000 days since Xi Jinping last ventured abroad, China has increasingly found itself isolated in the US-led world order. He finally re-emerged this week alongside Russia’s Vladimir Putin to demonstrate his vision for a possible alternative.

According to the Kremlin, Xi and Putin will hold their first face-to-face meeting since Russia invaded Ukraine, in a sign that Beijing views the relationship as crucial to countering the United States. It will take place on the sidelines of a security forum set up by China in Uzbekistan, bringing together nations from India to Iran – a group aimed at promoting the formation of a multipolar world.

Before that, Mr. Xi will make a stop on Wednesday in Kazakhstan, where he will unveil what will become the Belt and Road infrastructure and trade plan nine years ago. That foreign policy initiative has since become a focal point for the United States and its Group of 7 allies, which in June announced plans to raise $600 billion in funding to lower-income countries. There is an alternative to Chinese cash.

Both stops will reinforce Xi’s vision of a world where China can expand its interests without fearing the threat of economic or military pressure from the United States. The Chinese leader will present that agenda at the twice-decade-long party congress next month, during which he is expected to secure a third term as leader. of the world’s second largest economy.

The stakes are rising for both Xi and Putin, who declared their friendship “without limits” just weeks before Russia invaded Ukraine in February. In recent days, Putin has seen Ukraine push back Russian forces and retake large swaths of land, while Mr Xi comes under pressure to adopt stronger measures to prevent Taiwan from advancing ties. with the United States and its allies. 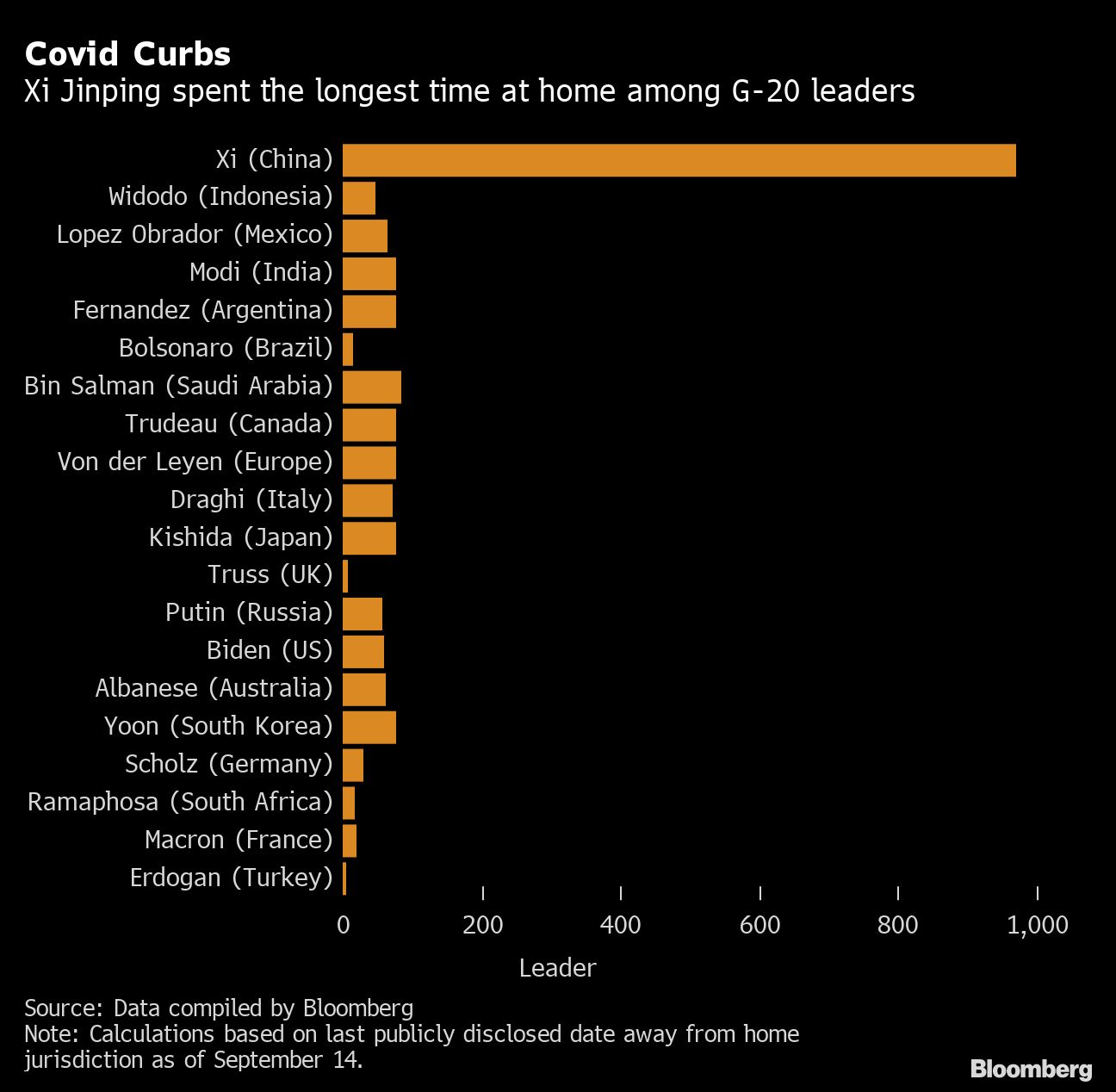 So far, China has avoided doing anything that could expose it to US sanctions or help Russia win the war, even as Beijing offers Putin diplomatic support. and increased trade with its northern neighbor. China’s interest in helping Russia seems geared toward refuting US moves that could also one day be used against Beijing.

In an article published in a Kazakh newspaper, Xi said the two countries should “work together to promote a fairer and more equal international order.” China’s top diplomat Yang Jiechi used similar language during a meeting earlier this week with outgoing Russian Ambassador Andrey Denisov.

“China did not step up its supply of weapons or advanced electronics to Russia during the war,” said Iikka Korhonen, head of research at the Bank of Finland’s Institute of Transformative Economics. . “They note that there is no violation of these actions, at least not in an obvious way, so there are limits to what these so-called allies are prepared to do.”

Moscow sought to pique Chinese support for the war. Last week, they issued a statement quoting Li Zhanshu, China’s No. 3 official, as telling Russian lawmakers that Beijing’s leaders “completely understand the need for all measures”. that Russia does in order to protect its main interests, we are supporting.”

According to TASS news agency, Russia and China will step up efforts against NATO expansion and the US-led campaign to keep the two countries in check, Li also added. “We will fight together with their hegemony and the policy of force,” it quoted him as saying. The comments were not reported by China’s Foreign Ministry or state media.

Last week, Putin attacked US-led democracies at an economic forum in the Russian port city of Vladivostok, with participants including Myanmar’s sanctioned coup leader and India’s prime minister. Degree Narendra Modi. “Western countries are seeking to maintain yesterday’s world order in their favor and force people to live by the notorious ‘rules’ of their own making,” Putin said. 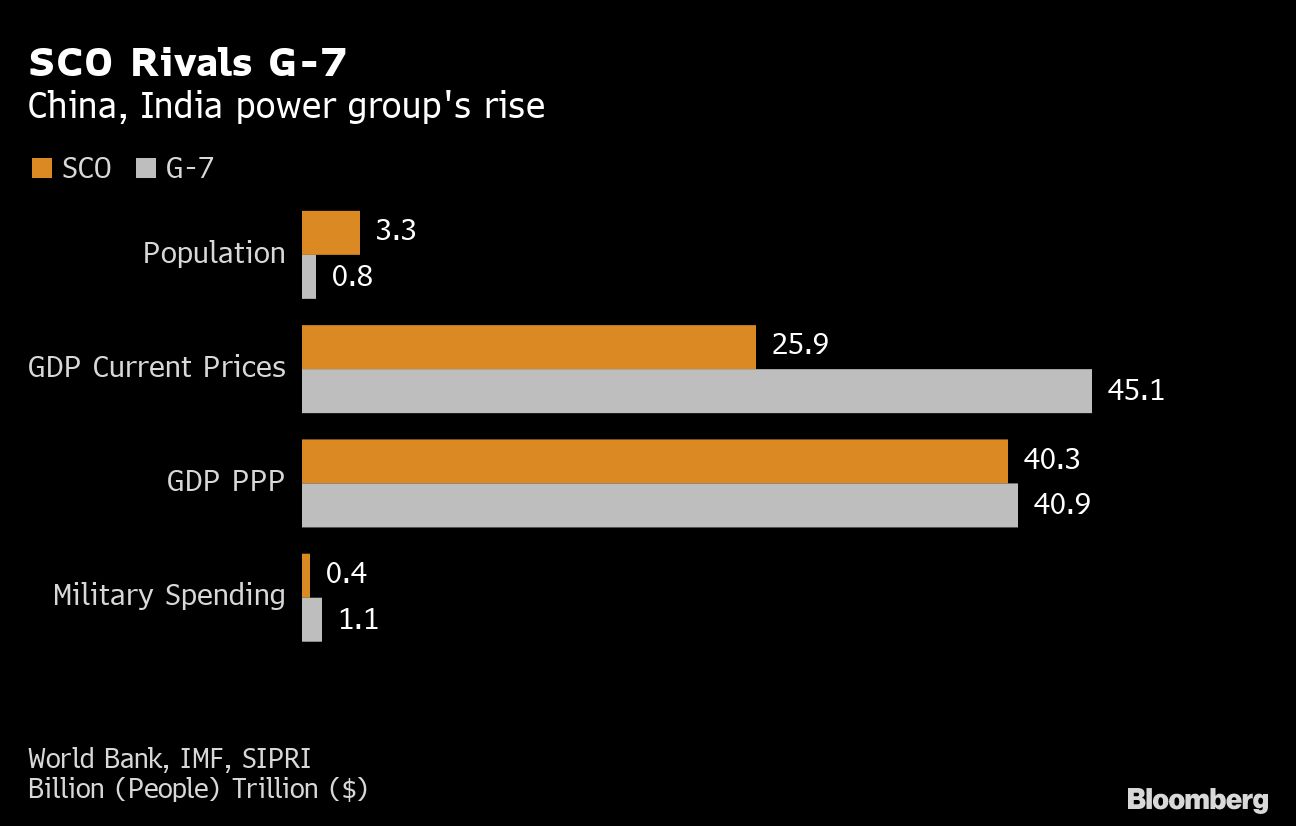 Similar sentiments could be expressed at the Shanghai Cooperation Organization meeting. The group will meet on September 15 and 16 in the city of Samarkand, in the southeastern part of Uzbekistan, which accounts for 42% of the world’s population and 25% of global gross domestic product.

According to Raffaello Pantucci, a senior fellow at the S. Rajaratnam School of International Studies at Nanyang Technological University, Singapore. India has moved closer to the US in recent years, most notably through the Quad grouping including Australia and Japan.

Although the SCO is more symbolic than substantive, the economic relationships within the group are crucial. As inflation rises globally, Russia is a cheap source of energy for members like India.

China’s trade ties with Moscow have expanded despite US sanctions since the war: Russia’s exports to China increased by nearly 50% to $40.8 billion in the first five months of the year, according to data. IMF data show. That includes large increases in oil and gas. 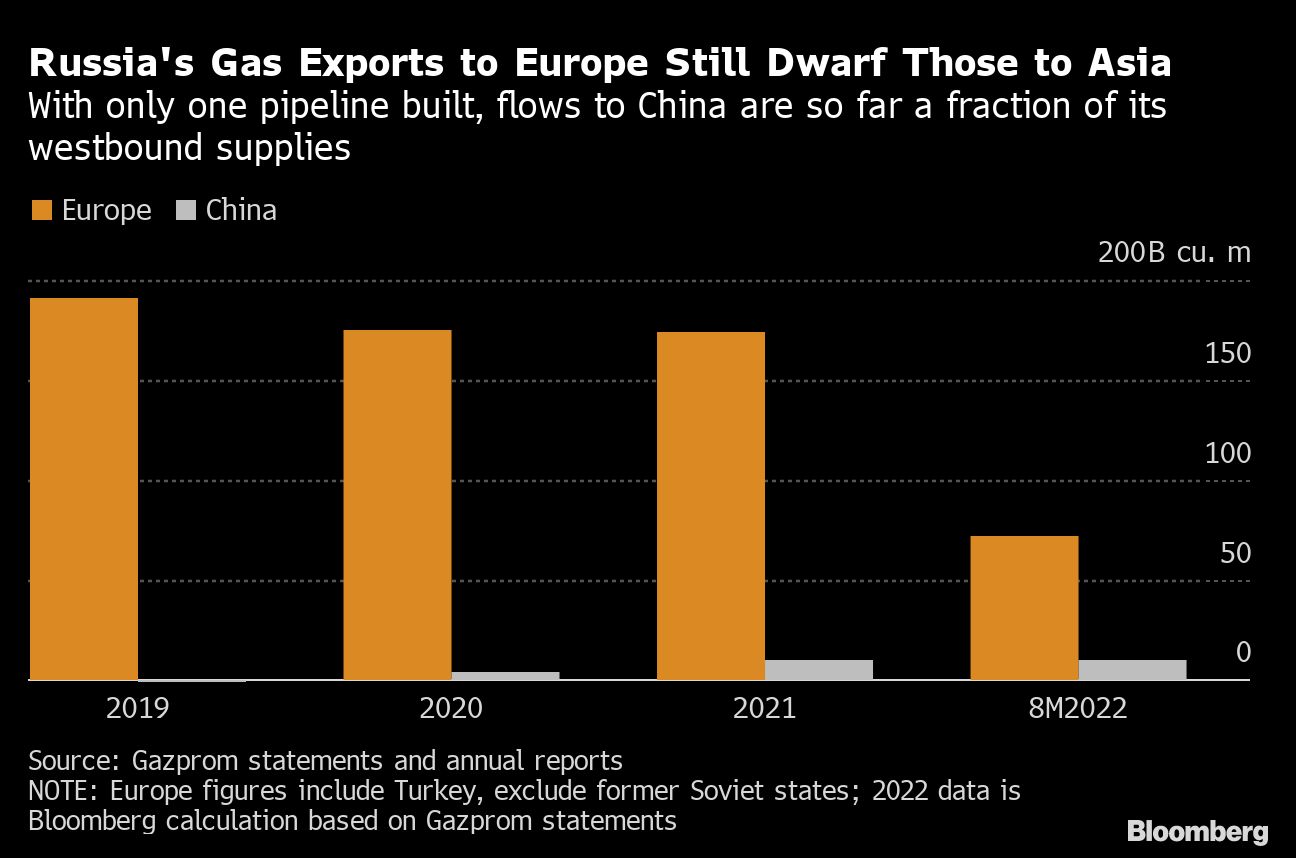 Russia’s gas exports to Europe are still low compared to Asia | With only one pipeline built, flows to China have so far been a fraction of the country’s western supply.

Vasily Kashin, an expert on Russia-China relations at Moscow’s Higher, said Putin aims to use talks with Xi to further expand trade with China and gain more industrial imports. and more technology to fill the gap left by the lack of Western goods due to sanctions. Economical school. China’s exports of cars, televisions and smartphones have helped Russia fill the void as foreign brands fled.

China supplies nearly 40% of coal imports from Russia this year as authorities calculate a domestic energy crisis, up from about 30% in the same period, according to customs data. last year. China has also acquired Russian liquefied natural gas shipments at huge discounts as most other importers shun the fuel. August LNG deliveries rose to the highest level in about two years, according to ship tracking data.

Politically, visits to Uzbekistan and Kazakhstan also allow Xi to have a comfortable environment to return to the international stage ahead of the Group of 20 Summit in Bali in November, according to Steve Tsang, Director. The China Institute at SOAS University of London, Mr. Xi is prioritizing bonding with “friends and partners” rather than making the G-20 meeting his first overseas visit since the Covid-19 lockdown.

“China and Mr. Xi can effectively set the agenda for this visit, which they cannot be sure of a G20 summit,” he said. “Interactions with the US and the West are not considered to be of equal importance.”

db corp stock price: Huge volatility on D-St: What should investors do with Tata Investment, Campus Activewear and DB Corp? US kills Al-Qaeda leader in drone strike in Afghanistan: Report